So what is this GPS thing, exactly? And why can having a handheld GPS receiver be a very smart thing when traveling into the backcountry?

Well besides being a great way to figure out where you are, in just about any place in the world (and one of the best ways to find your way around a strange city in a rental car), GPS is also your best friend if you spend a lot of time in the backcountry, or on the open water.

The Global Positioning System is owned and operated by the US Government, and is freely available for anyone to use. The GPS network was originally developed by the US Department of Defense for military use, and many of today’s weapon systems rely on the technology for precision guidance. The system became fully operational in 1995.

The Russians, Chinese, and Europeans have their own versions of satellite navigation systems. While developed for the military, in recent years these systems have found more and more civilian applications. And this trend will only continue as clever inventors find new ways to use this information in gadgets of all types.

In simple terms, the GPS is a global navigation system that uses satellites in space to calculate an exact position on the ground, in any weather, as long as you have unobstructed lines of sight to at least four of the network satellites. There are 24 satellites in total, each once circling the globe every 12 hours in precise orbits.

A GPS receiver – either handheld or mounted in a car, boat or other vehicle – is able to calculate your exact position by timing the signals from those four GPS satellites. The are continually broadcasting messages down to Earth that include the precise orbital information, the exact time that the message was transmitted, and the rough orbits of each of the satellites in question.

Because the US military was concerned that potential enemies could use this positioning information against US targets, two levels of accuracy were developed. The most accurate (up to 3 feet) is only available to the US miliary. While accuracy for civilian GPS receivers is generally between 50 and 300 feet. Which is good enough for most of us, and it sure beats trying to pinpoint your location using a map and compass.

As far as outdoor recreation use, GPS receivers are generally used either on land by hikers, hunters, campers, climbers, backcountry skiers and snowboarders. And then there are handheld marine GPS receivers used by kayakers and other boaters to find their location out on the open water.

Be aware that a GPS receiver will do a lot more then just keep you from getting lost in the backcountry. It will also give important information like how close you are to the next turn-off on the trail you’re hiking, or how far you have to go to reach your next camping area. Not only will it show you where you are on a map, but it also records your route, and lets you know how far you’ve traveled. It will even tell you what time the sun will set!

And best of all, a handheld GPS unit will do all this in any kind of weather. You don’t have to wait for the weather to clear so you can get a look at the sun or stars, and you can even pinpoint your location on a cloudy night, or in a driving rainstorm, or out at sea when there’s no visible landmarks to guide your way.

There’s no worse feeling, in my opinion, then being out in the wilderness and not knowing where you are. So the Global Positioning System can literally save your life in some instances, and certainly make your next adventure more relaxing and enjoyable than ever before. 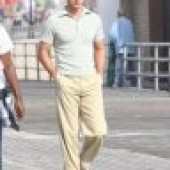